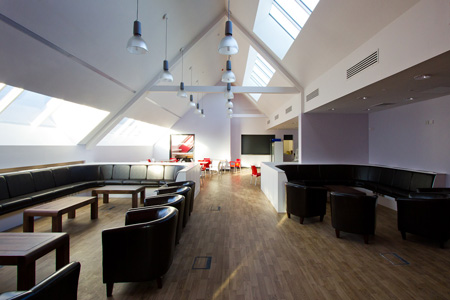 We are proud to announce the successful delivery of a £4.2m modern language and science centre at King Edward’s School in Birmingham. The outstanding development which also incorporates a new sixth form centre is part of the schools Masterplan programme.

The project is a further major development for the school and compliments the state-of-the-art Ruddock Performing Arts Centre opened last year.

Synergy continue to support the school on their next phase of work, a new hockey pavilion, which will sit alongside the all weather hockey pitch completed at the end of last year.