Synergy are Proud to be a Sponsor of Bath Boules 2017 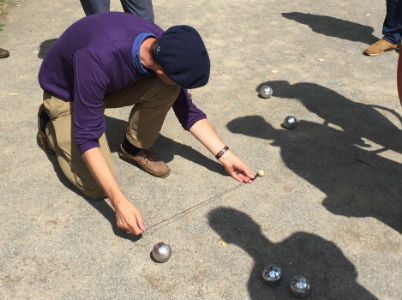 We are delighted to announce that Synergy is once again a proud sponsor of the Bath Boules event, taking place on Friday 9 June 2017 in Queens Square, Bath.

Following the success of last year’s event, we could not resist sponsoring the local event again. With our very able team of Surveyors joining forces with local contacts, this friendly yet slightly competitive Boules game is bound to get very technical.

Over the years, Bath Boules has raised a generous amount for local charities such as the Dorothy House, Age UK and Julian House and we are pleased to be a part of this charitable cause.

Held over three days, the quintessentially French game is sure to be an entertaining and exciting start to the summer. Synergy’s Bath team look forward to Boules 2017!