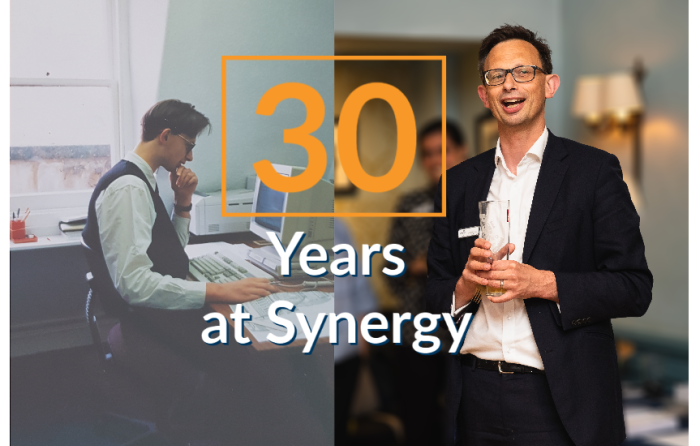 Congratulations to Duncan Ball, who is celebrating his 30-year anniversary at Synergy this year!

Duncan began his journey with the practice in 1990 with Bare, Leaning and Bare, which merged with Synergy in 2008, whilst completing his Honours degree in Quantity Surveying. Since then, he has progressed from Associate to Partner, to now Managing Partner of Synergy.

We had a chat with Duncan and he revealed some of his highlights over the past few years:

If you had to pick one favourite project in your career so far, what would it be?

I’ve been very fortunate to have worked on projects for some of the most fantastic buildings – currently I am working at Bath Abbey, St Pauls Cathedral, Skinners Hall and Stowe House. So, it is hard to pick my favourite project, however, the Villa Saraceno near Vicenza was an experience I have never forgotten. This spectacular villa was built by Andrea Palladio around 1550 and in my early twenties I was lucky enough to be involved in its restoration with The Landmark Trust. I was sent on a site visit via Venice – at the time I thought this was quite normal!

What was the first project you worked on?

One of the first tasks I was set was remeasuring the lead work to the roof of the Assembly Rooms here in Bath. If anyone recalls, the start of August in 1990 was extremely hot and I roasted. I remember two things – sheltering in the shade thrown by the large chimneys and being praised by my boss, Geoff Evans, for my work. My first project, however, from start to finish, was 2 Amen Court in London for St Paul’s Cathedral – I lost a really nice retractable pencil through the floorboards, which obviously I have never forgotten. 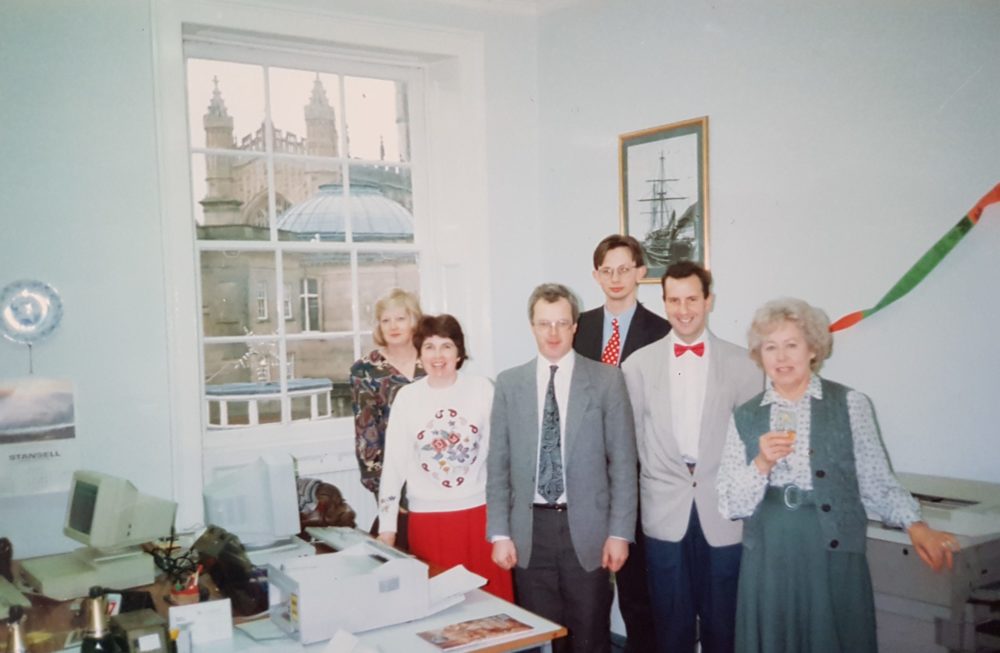 What is the biggest change you have seen in the construction industry over the last 30 years?

It has to be IT. When I started, only the secretaries had computers, and I remember having to wait until they went on lunch or went home, before I could get on them. I have no idea how I would cope without my laptop now. 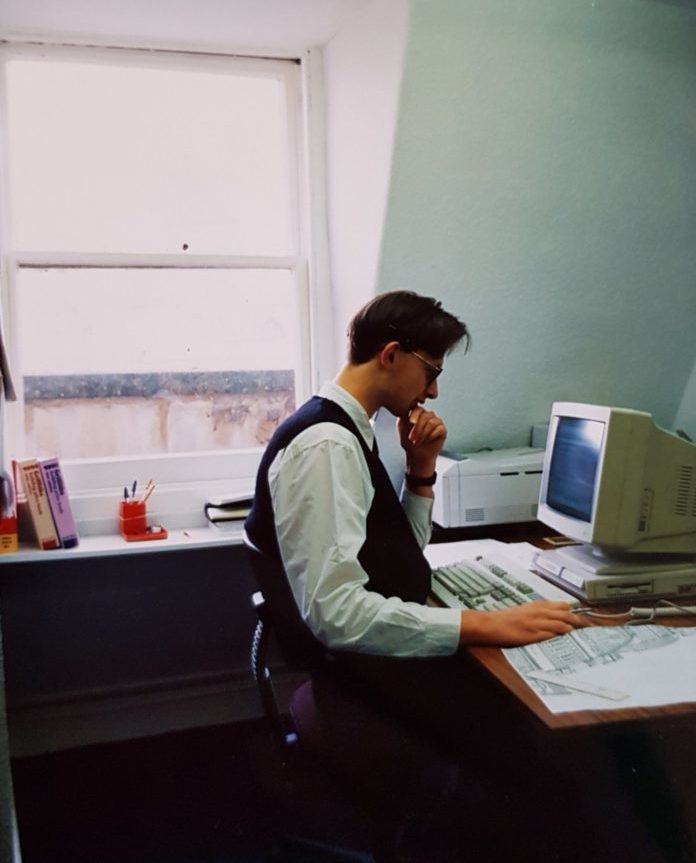 Duncan in the Bath Office circa 1995

What do you love most about working at Synergy?

Two things really – the buildings I get to work on and the people I work with.

What is the key piece of advice you would give someone joining the profession?

Respect and communication are the key to success. Respect those you work with and ensure you communicate well.

If you weren’t working as a Quantity Surveyor, what would you be doing?

I have no idea. I have a real love for history, so it would ideally have to be something involving this.

What has been the most challenging moment of your career?

Covid-19 has to be up there! It will be difficult to find a more challenging situation, both personally and at work.

What’s the most rewarding aspect of you work?

Most definitely the buildings I get to visit. I am lucky to wander around areas that the general public rarely see.

Who has influenced and inspired you throughout your career?

Firstly, my Mum. She was a Quantity Surveyor in the 50’s. In those days, it was extremely unusual to find women in the construction industry and I guess she is the reason why I became a QS.

Secondly, Geoff Evans, my first boss. I worked with him for 25 years and I hope I learnt a few things from him along the way!

What has been your proudest moment of your career?

Probably gaining my Chartership and becoming a member of the RICS. My Mum never completed her exams, after getting married. She was so proud of me for passing and I believe she was quietly impressed.

Watching my boys training with their Youth Rugby Club, with a bacon sandwich in my hand. Later having a few beers with my friends, watching Bath Rugby at the Rec and then home for a curry with my family.

Anything you did 30 years ago that you still do today?

Going to the Rec to watch Bath Rugby – unfortunately they don’t win as often these days.

In 1990 the new Ford Escort and Orion went on sale. What were you driving?

In 1990 Channel Tunnel workers from the UK and France met beneath the English Channel. What’s the best meeting you have ever had?

When I met my wife, Sarah.