Watford Grammar School for Boys Pavilion is a winner! 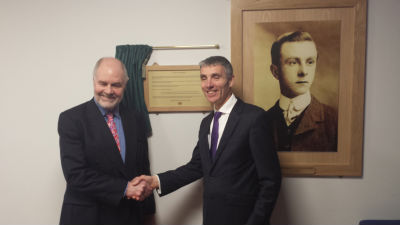 Synergy are delighted that their recent new sports pavilion project at Watford Grammar School for Boys was officially opened on 20th March 2015 at the ‘New’ Playing Field.

Home to the school’s rugby, cricket and hockey, and shared with West Herts Hockey club, the pavilion overlooks the all-weather hockey pitch and 5 rugby pitches. The building, to be known as the ES Household Pavilion, was opened by Mr John Taylor, the former Wales and British Lions rugby player, Managing Director of London Welsh Rugby Club and a former pupil.

The project was funded in part by the EFA and partly by Sport England who contributed to the briefing requirements of the facility which is fully accessible including dedicated changing areas for disabled. Synergy provided design services up to planning, QS and project management services.