Supplier of commercial and construction project  management services for the construction and delivery of all aspects of the electricity necessary to serve London 2012.

The last project, was the decommissioning of the temporary games  network ready for the Legacy Team to take over the management of the Olympic Park.

In all Synergy have been involved in around £450m of the overall Olympic build budget. 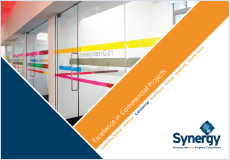