An update on recent and proposed reforms to planning legislation

The government is consulting over relaxations to permitted development to allow shops and existing agricultural buildings up to 150sq.m to change to residential, which could equate to a five bedroom house or three small flats. This window of opportunity could start as soon as next year.

There is some easing of red tape e.g. demolition of unlisted buildings in conservation areas now only requires planning permission, not conservation area consent as well. Protected species can be dealt with in some developments by following standing published advice, not necessarily bespoke surveys and reports.

The average time to reach a decision for major planning applications (e.g. 10 dwellings or more) has fallen from 35 to 24 weeks – this is supposed to be 13 weeks so they still have a way to go!

From October, appeals have been changed in relation to timing of submissions which should speed up simple appeals.

Westminster City Council is stopping excessive un-neighbourly house basement excavations – only 50% of the garden area from now on and only one basement storey.

Levels of affordable housing within residential developments have been successfully challenged at appeal where the developer can prove that the financial burden is preventing a start.

At Synergy we have been involved in converting failing pubs into residential use and demolition and redevelopment of pub sites. The principle of change of use (i.e. loss of a pub) has not been a major planning obstacle to date, however it is reported that Hackney Council has successfully sustained at appeal its Grade II listing of a pub as an ‘asset of community value’, quite apart from its historic or architectural interest and thus preventing demolition. 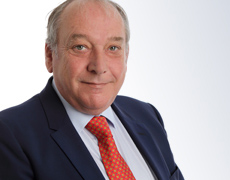