This project was completed in November 2020 and involved the design and construction of a new sports hall with a playing area of 1,450m2, sized to allow 2 basketball, 2 netball or 8 badminton games to be played concurrently. In addition, cricket practice nets are provided.

At one end of the hall, separated by a glass screen, is an impressive climbing wall that is sure to be popular with the school’s pupils. It measures 14m long and up to 9m tall, providing a climbing surface area of 147m2 with 11 independent climbing lines.

The building itself has a tensile fabric covered roof and an upper external wall covering on a structural steel frame. The design and method of construction has significant cost and time advantages compared to a traditional ‘heavy’ build sports hall, whilst still providing year round facilities for playing sports in comfort from outside inclement weather conditions.

The building has been complemented by high quality hard and soft landscaping.

Danes Hill School is widely recognised as one of the leading co-educational day preparatory schools in the country and our cost and project management consultancy teams were delighted to be involved with this project.

The below Youtube film shows a time-lapse of the hall being constructed right from the beginning. The film was produced and edited by Alexander Corbett, a former Danes Hill pupil and now talented film-maker. 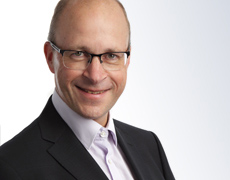